12 years of unwavering care for a son: actress Sabitta shares what she learned from life | Lifestyle Health 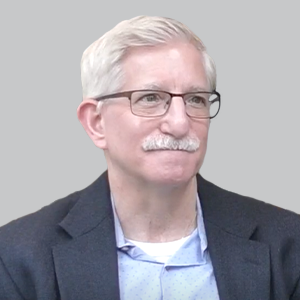 Improving care for adults with intellectual and developmental disabilities

The International Day of Persons with Disabilities celebrated on December 3 each year aims to raise awareness about disability issues and mobilize support for the dignity and well-being of people with disabilities. Many people see disability as divine punishment for the sins of the previous birth and offer sympathy to the disabled. However, such an attitude causes immense pain to mothers of children with this condition. These mothers devote all of their time to caring for their “special children” and have moving experiences. Among them is Sabitta George, famous actress, model and singer, well known for her role of “Lalithamma” in the television series “Chakkapazham”.

Sabitta left a thriving profession abroad and returned to her home state of Kerala on a mission. It was not to become famous as a celebrity but to change people’s attitudes towards disability. She also urges healthcare professionals to adopt a caring attitude towards people with disabilities.

Sabitta talks about her own experiences. For 12 years, she cared for her son, who was born disabled due to medical negligence in the United States. The celebrity shares her story with Onmanorama.

“My first delivery was to the United States. The day before the scheduled date, I realized that the amniotic fluid was leaking and we immediately went to the hospital. On admission, staff tried to induce pain. Considering my state of health at the time and the weight of the fetus, there was little chance for a normal delivery. However, in many foreign countries such as the United States, all options for a normal childbirth would be explored during the first pregnancy. Cesarean section is the last resort, ”recalls Sabitta.


Even though the epidural injection was given, there was no sign of labor for 16 hours. But Sabitta felt that the fetus was becoming less active and that there were variations in its heart rate. She also saw the variation on the monitor and asked for the doctor’s attention. However, the midwife on duty ignored Sabitta’s request and inserted the fetal scalp electrode. In the process, the midwife made a mistake and cut the umbilical cord.

Sabitta began to bleed and the child’s life was in danger. Sabitta and her mother, herself a nurse, begged the midwife to call the doctor. However, again, the midwife did not listen to them and tried to hide her mistake.

“My baby struggled for almost three hours with the umbilical lifeline cut. Finally, our persistent requests brought in the doctor and the Cesarean was performed, ”explains Sabitta.

The newborn was almost dead and was placed on a ventilator. “The doctors only gave him three days of life because the internal organs were badly damaged. The functioning of the kidneys and heart has been affected. There was also clotting in the brain cells. The struggle during childbirth made my son a person with cerebral palsy, ”says Sabitta.


From three days to 12 years old

After giving birth, Sabitta spent several days outside the ICU. “I had taken all the precautions during pregnancy, such as having nutritious food with all the vitamins to deliver a healthy baby. My son was indeed in good health until a few hours before his birth. But, after giving birth, he fought for life in intensive care, ”explains the mother.

As the doctors had predicted only three days of life for the infant, they suggested that Sabitta remove him from the ventilator afterwards. However, she refused. “We decided to keep him on a ventilator for a week. On the sixth day, two drops of urine containing blood were detected and the baby was taken to the NICU. Finally, after spending four months there, the baby came back to life. The baby named Maxwell – Max for short – then lived for 12 years with Sabitta.

Many people trivialize work by citing cases of delivery on the side of the road and in homes. However, this is a very critical process, says Sabitta.

“I tell surrogates to respond whenever they feel the baby in their womb is not doing well. What mothers feel is more often than not true. Others may not take them seriously, but mothers should strongly demand that the child’s condition be examined by health professionals, ”she said.

Sabitta also wants healthcare professionals to change their attitude. “Medicine requires the extreme involvement of those who work in the field. People in the industry need to show compassion and empathy, ”says Sabitta.


Support system in the United States

“Max had a pleasant face. I believe it was a gift from God. His birth was the happiest and saddest event of my life, ”says the mother.

“These children teach us a lot. I learned of Max’s patience and compassion. It took an hour to give her 10 drops of liquid food. Any rush could cause him to choke on the food. When he was two years old, a tube was inserted to feed Max. He was fed by the tube until his death, ”recalls Sabitta.

Only liquid food could be given to Max. Because his kidneys were damaged, Max took only skim milk, watermelon juice and grape juice.

Five years after Max was born, he had a sister, Sasha. To avoid Max’s fate, she was delivered by Caesarean section at eight months. “Sasha loved Max. I could devote all my time to Max because Sasha also sacrificed a lot. When I spent all the time with Max in the hospital and at home during his last days on a ventilator, Sasha m “Said not to worry about her and take care of her brother. Her words gave me a lot of courage and support,” says Sabitta.

To take care of Max, Sabitta was helped by Chella, a Mexican woman. “She had a very long name but we called her Chella. She didn’t speak English and I didn’t know Spanish. We still took good care of Max. I learned from Chella that language or nationality was not a barrier to helping others during a crisis, ”said the celebrity.

“When God challenges us a great deal, an angel is also sent for our help. I realized this truth thanks to Chella, ”reveals Sabitta.

Children with disabilities should not be confined to their homes, says Sabitta. “Max studied at a normal school in the United States because the facilities there are extremely suitable for people with disabilities. In addition to a specialized classroom, school buses have ramps, ”she emphasizes.

“Training to integrate children with disabilities into the mainstream should start at an early age. Changes are needed in the education system for this. Other children should be familiar with the needs of their disabled peers. Max was taken to schools where I worked as a volunteer and the students read him stories. Although he couldn’t hear or see them, Max made it possible for other children to understand and accept people with disabilities, ”says Sabitta.


In order to carry out her disability support projects, Sabitta registered a foundation called “Max Home” in the United States. As part of this project, medical supplies are being distributed to disabled people in Kerala. “We never donate money, but our volunteers identify the special need and provide items such as specialized wheelchairs, water beds, breathing apparatus and hearing aids,” she says.

The funds for the foundation are provided by Sabitta from her savings and with the support of friends. “We do not conduct any fundraising campaign. Our activities are shared on a “Max Home” Facebook page, ”she says.